Since the legendary Pandora gave into temptation and opened the box, people have been fascinated with the unknown. Curiosity is in our nature, as is seeking out knowledge. One phenomenon that appears to satisfy our curious nature is the unboxing trend sweeping YouTube. Unboxing is the process of capturing a brand new product being opened on video. It sounds simple enough, perhaps even a little mundane, but the interest it’s sparked around the world is fascinating.

Unboxing’s appeal spans all age groups and all cultures. But what is it about watching somebody you don’t know, open something you don’t own? To find out, we’ve collated the statistics, looked at the science and asked three experts in their field why they think this trend has such universal appeal.

How popular is unboxing?

The first recognisable unboxing video was uploaded back in 2006. Titled ‘Unboxing Ceremony of Nokia E61’, this video featured what is now synonymous with the trend – tech unboxing. Since then, unboxing has taken YouTube by storm, with 6.5 years’ worth of unboxing videos uploaded to the site in 2015. The products unboxed cover everything from common tech gadgets to luxury clothing, children’s toys to live reptiles. In fact, if a product is available to buy, there is more than likely an unboxing video to go with it.

In 2014, a YouTube search for the term “unboxing” yielded more than 20 million search results. At the time of writing, the exact same search returned almost 50 million results. The highest earner on YouTube is the owner of a channel dedicated to unboxing Disney toys. DC Toys Collector is estimated to have earned $4.9 million in 2014[i] and has absolutely no affiliation with Disney.

The third most popular YouTube channel, by views, belongs to unboxer FunToyzCollector, with a view count of over 11.6 billion.[ii] The channel’s most popular video alone racked up a staggering 499,514,454 views, putting it at number 155 on the list of most watched YouTube videos ever.[iii]

Why is unboxing so popular?

The appeal of unboxing videos can be explained by our capacity for empathy. Humans have the capability to put themselves in someone else’s place. Research has identified responses in the brain called “anticipation circuits”, and it’s these that begin to fire in our own brains when we watch a stranger unbox something. This discovery was made by accident in 1992.

Since then more studies have been undertaken at different laboratories that have verified the existence of what has been called the “mirror neuron system”. These neurons activate not only when we perform an action ourselves, but also when we watch someone else perform that action.[iv]

Unsurprisingly, this goes a long way in explaining the universal fascination with unboxing videos. As we watch someone else carefully removing the gift packaging, our brain acts as though we’re the one performing the action. We spoke to psychologist Diana Parkinson, who described unboxing to us as, “…totally voyeuristic, there is no material reward, only transitory visual reward. The popularity of unboxing videos is astonishing, and I cannot think of a comparison.” 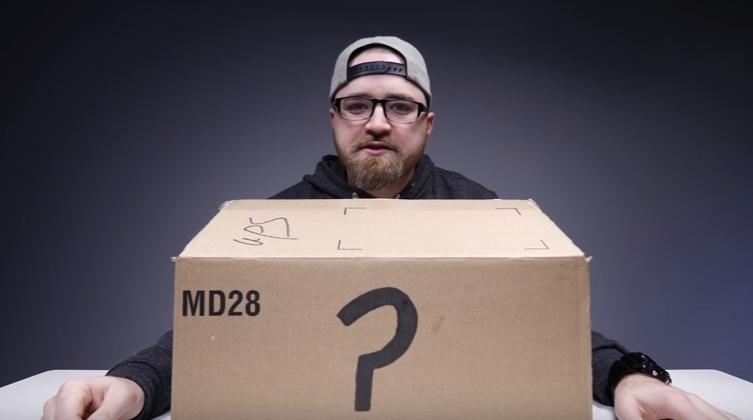 To delve deeper into this, we asked vlogger Chase Aimee what she thought of unboxing videos. For her, some of the appeal lies in seeing something she may purchase herself, “The appeal lies in seeing a bag I might be interested in and experiencing the unboxing with the individual. Usually, there’s a story that goes with it (how the bag was decided upon, etc.) and a little bit about the experience of buying it. It helps me to make more informed buying decisions and is also just as exciting seeing something beautiful being unwrapped. Luxury design houses spend a fortune on their packaging so it’s all part of the experience.”

We also asked popular parent blogger Rachel, who writes the blog ‘Coffee, cake, kids’, about why she believes her children enjoy unboxing videos so much. “I think it is because every time it’s a surprise. They tune into a child’s natural curiosity to see what’s in the box – the kids love looking in the bags when I come home from the supermarket – it’s just nosiness. The very few videos that I’ve sat and watched are all very bright and colourful, which of course attracts young children.”

Director of the Media Psychology Research Centre, Pamela Rutledge, believes that, for children, unboxing videos could actually be beneficial. “For kids, handing them a toy ice cream parlour [for example]—it’s already done the work for you. There’s no imagination, no building, thinking, creativity, or problem-solving,” she continues. “With these videos and other games, there’s learning: How are they putting it together? How are they using the Play-Doh? How are they making different creations? We have a negative understanding of acting vicariously in our society—that you’re not doing your own living, [unboxing] is a different thing. It’s more of an exploratory learning process.”[v]

Packaging is as important as the product

Packaging induces a sense of empathy in viewers of unboxing videos. As mentioned before, the science suggests we get a similar experience watching somebody else carefully unwrap a package, as we would if we were doing it ourselves. This experience can be capitalised on by brands with clever use of gift packaging.

One of the most popular genres of unboxing video is ‘luxury products’. Exclusive brands, such as Chanel, invest in high-end packaging because they realise the opening is as important as the final reveal of the product. And, this is true whether the item is being opened in private or shared with billions on the web.

For a truly immersive unboxing experience, the packaging not only needs to look attractive, but it should also feel and sound pleasant as well. The feel of satin ribbons being untied, the sleek sound of tabs being opened and the crinkle of tissue paper being unwrapped are just a few things that have an instant effect on the viewer.

These, combined with considering how deep the box or bag should be, all contribute to the overall experience of being able to fully explore the contents. In an era of online shopping, the anticipation of receiving and opening an item is almost as important as eventual gratification.

This idea is discussed in the New York Times bestseller Buyology: How everything we believe about why we buy is wrong. Authored by Martin Lindstrom, the book discusses the many subconscious effects that take place during the buying process. Lindstrom comments that brands should be making the packaging of their products as interesting as the items within.

Our unboxing vlogger Chase Aimee backed this up. We asked her if the packaging of an item was important during the experience. “I think it does matter. I’ve had very expensive bags delivered to me in simple packaging before which has been underwhelming! If the item is packaged beautifully, then that certainly makes an impact – it adds to the whole experience and can make you even more excited about the bag. The best packaging is thoughtful, practical and recyclable! If there is a hint of luxury, then even better.”

Rachel, our parenting blogger, believes the packaging is also an important factor for children. “We get a lot of parcels and deliveries, and the kids are all so excited to open them and see what’s inside. We get a food subscription box, and they go nuts every month to help me open it! It’s the promise of something exciting inside, especially if it’s unknown!” 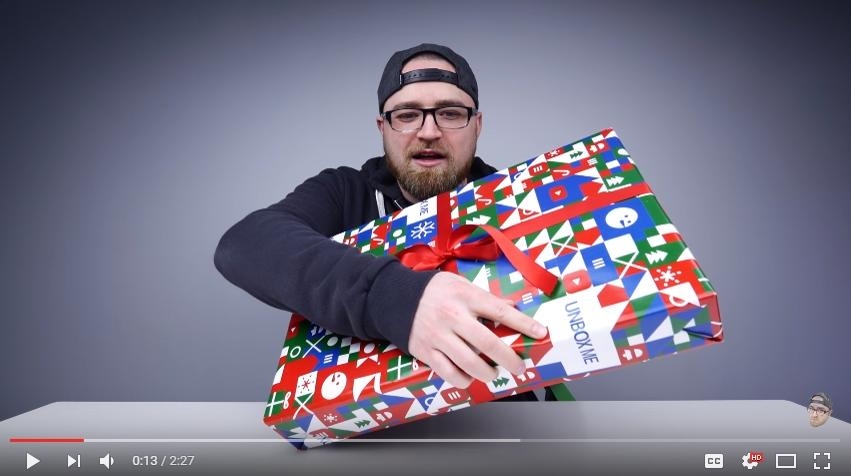 For brands, this trend is doubly important, and there are already a number of companies getting in on the act. Brands, such as Disney, are starting to leverage the power of these videos for themselves. Disney recently held a live 18-hour unboxing marathon on YouTube culminating in the release of its new range of Star Wars toys.

This marathon campaign created a storm on social media, and this probably won’t be the last unboxing PR stunt of its type. These videos are getting millions or sometimes billions of views, brands should be seeing these viewers as their potential customers. Psychologist Diana Parkinson recognises the importance of unboxing videos for brands, “It’s the best, and cheapest form of advertising ever! These videos make us drool and desire what may well be unattainable.”

The importance of unboxing videos for brands is of equal value to word-of-mouth marketing. The ever-growing popularity of online customer reviews and the importance of influencers as brand advocates is something brands can no longer ignore.

A study conducted in the U.S. found that 61% of internet users made a point of reading customer reviews online before deciding whether to make the purchase.[vi] Customer reviews are clearly influential to potential customers. Unboxing videos – which are essentially customer reviews in a visual format – offer an unbiased view and element of authenticity to the products featured, which in turn could lead to more sales.