Christmas will be coming early to Rajapack this year, as on November 29th we will be hosting a festive fundraising day for the charity Refuge. 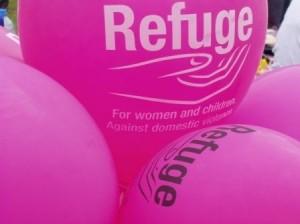 Refuge provide support to women and children who have suffered the trauma of domestic violence, a form of abuse which is distressingly common – as members of staff discovered when the charity gave a talk at our offices in June.

The talk had a big impact on us as it was revealed that, shockingly, one in four women experience domestic violence and two women a week are killed by abusive partners. Although Christmas should be a time for family and celebration, sadly many women and children will be spending the festive season in refuges, having fled violence in the home.

That’s why we will be raising money for Refuge’s Christmas gift appeal, which buys presents and provides an element of comfort and normality to women and children in shelter.

We’ll be holding a Rajapack Christmas extravaganza on November 29th when staff will be dressing up in fancy dress, decorating desks, holding a Christmas-themed raffle and tucking into mince pies and chocolate logs. There’ll even be a prize for the member of staff dressed in the most Christmassy outfit, and another for the most impressively festively-decorated desk!

The Christmas Refuge event caps a very successful year for Rajapack’s fundraising endeavours. Despite a difficult economic climate we have managed to raise nearly £1500 for seven different charities in 2013, including Riding for the Disabled, Ruddi’s Retreat, Refuge, Keech Hospice, Kidney Research, Mind, and Alec’s Angels. Fundraising activities have included office quizzes, raffles, and baking competitions, and one employee was even sponsored to have a fish pie thrown in their face!

In addition to raising cash, Rajapack have supported over 35 charities during 2013 by donating a variety of packaging items. We have donated wine bottle bags to a Macmillan Cancer Relief charity ball, plastic bags to an animal rescue in Ireland, gift bags for a children’s hospice’s summer fair and postal boxes to a group sending care parcels to British soldiers in Afghanistan.

We have already started shortlisting the local and national charities that Rajapack will be supporting in 2014, and next year hope to raise even more money than in 2013!

Visit the Rajapack website for more information about the wide range of packaging products we produce.

COVID kindness: How the Coronavirus Has Changed our World