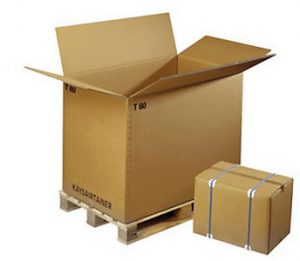 Whether you’ve just moved house or ordered a load of online goods, sometimes we all find ourselves with an excess of cardboard lying around – it’s been estimated that each person in the UK uses about 140 cardboard boxes every year. But what can you do with all of it? Just throw it away? Well, this would probably be a waste, because there’s so much more that can be done with cardboard than you might think.

Rajapack has a rich heritage of reusing cardboard – back in 1954, when Rajapack was founded (named “Cartons Raja” back then), the company originally sold reused cardboard as a cheaper alternative to buying new boxes. Being environmentally friendly is still at the centre of Rajapack’s DNA. Things might be a little different now, but this history is still an important reminder that cardboard doesn’t need to be wasted.