“Rewarding the fantastic work done by charities for women”

On 19 November 2014, the RAJA Foundation Women’s Awards rewarded five charities for their exceptional work helping women in France and around the world.

€80,000 was raised during an evening dedicated to women’s causes!

More than 400 people, including many Raja Group employees came to the awards ceremony which was held in Paris “Maison de la Mutualité”. 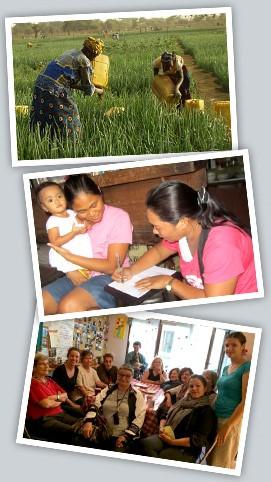 Education and Social Measures Award:
“Asie Tana Inter Aide” – A charity based in the slums of Manilla in the Philippines that helps marginalised women in these areas.

“Coup de cœur” Award – France:
“Etablissements Bollec” – An Art gallery and workshop based in Rennes, France which helped women in prison to create and publish a women’s magazine.

More than 400 participants attended the Awards, including many political leaders and celebrities. 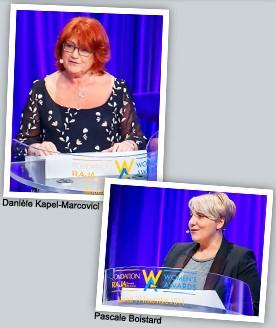 Danièle Kapel-Marcovici, President of the Raja Foundation and CEO of RAJA Group emphasised the fact that the Awards are here to put the spotlight on all the violence women are subjected to, and that it was everyone’s duty to help put a stop to it.

Pascale Boistard, Secretary of State for Women’s Rights who actively supports the Foundation also praised the Awards’ hard work and it’s engagement with women during her speech.

Celebrities were also involved in the Awards including the French singer Agnès Bihl, who performed live during the ceremony.

The RAJA Foundation was founded in 2006, under the umbrella of ‘Fondation de France’, a government body established by the French government in an effort to stimulate and foster the growth of private philanthropy. Today, as then, it the supports charity programmes for women in France and around the world.

Learn more about the Foundation’s activities on www.fondation-raja-marcovici.com (available in English)

COVID kindness: How the Coronavirus Has Changed our World

Keep pets and wildlife happy by reusing packaging in 5 ways